How This 24-Year-Old Woman Is Dominating The Shoe Industry 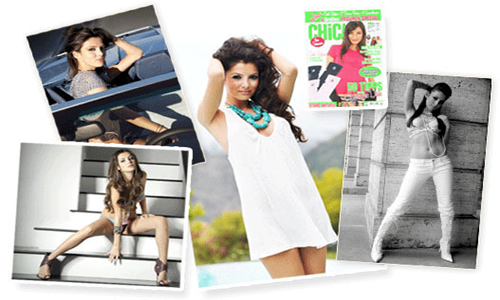 When innovation meets enthusiasm, the ideal entrepreneur is born. Crystal Heels are showing up all over red carpets and have been seen on the feet of celebrities such as Sharon Osbourne and Camille Grammer. This begs the question, “How did a 24 year old create a shoe that every female celebrity is dying to have?”

The brain child of Evelyn Fox, the company started with a pair of Louboutins, a couple thousand Swarovski crystals, and an entrepreneurial spirit with drive, tenacity, and belief.

Originally a fashion model, Fox had her first cover at the age of 12, on the cover of “Chica,” a German magazine for teens. In her early 20’s she received a degree in Internet Marketing and used this foundation to launch her company (fyi, I didn’t know they had degrees in Internet Marketing. However, I have told you before that making money over the internet is a sure way to financial freedom). “People would stop me on the street to ask where I got the shoes, and I realized there was an untapped market for custom, high-end shoes,” she said.

The process of strassing, which is done by hand and is meticulous, produces an individually numbered, limited edition pair of shoes which come with a certificate of authenticity. Fox’s team carefully crafts each pair of shoes by hand in the United States, working from Fox’s original designs as well as filling custom orders. Using brands such as Louboutin, Jimmy Choo, Dolce & Gabbana and other high end brands, they transform footwear into unique works of art.

Using her entrepreneurial spirit and her degree, Fox launched Crystal Heels officially in 2011. The line has been picked up by upscale clothing boutique Stylehaus in Los Angeles and has recently expanded to include custom Chanel and Dior purses. Fox is also adding an option to add lace to custom orders.

Whats the moral of the story?

Create your own market by creating a product that people want. What is your gift and how can you share it with the world? It doesn’t have to be some elaborate plan. As you can see, Evelyn Fox took a product and enhanced it.