How Nas and Snoop Dogg Are Helping Us Invest 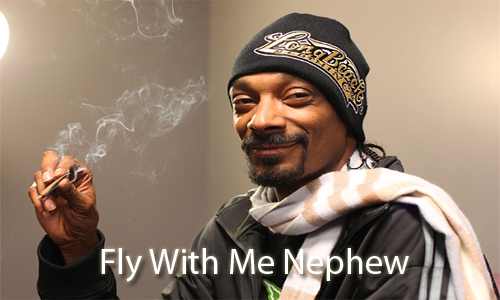 Nas and Snoop Dogg are betting big on a new app that experts say is poised to take the investment world by storm.

The new app, Robinhood, aims at taking stock investing where few have gone before — and it plans to make it free and easy.


The current system forces potential investors to go online or call a brokerage firm like E-Trade or Charles Schwab. Those firms usually charge fees of $7 to $10 per trade.

And that is what Robinhood is looking to eliminate — kind of like taking back from the rich and giving to the regular joes.

Oh yeah, now there’s an app for that.

The app makers say, “Today, the average individual has to pay up to $10 per trade. We believe there’s something inherently wrong with that, and we’re on a path to change it. Robinhood’s powerfully engineered technology and carefully designed mobile experience will allow everyday investors to trade with zero commissions.”

Robinhood just closed a $13 million Series A financing round from some of the world’s most notable investors.

CNNMoney notes that only 14% of Americans own and trade individual stocks, “less than half the number of people who have a cat.”

And black Americans save and invest less than white Americans of similar income levels. Last year, the median amount black households reported saving to invest on a monthly basis is $189, compared with $367 among white households.

Learning how to invest is critical to acquiring wealth and makes a profound difference in every corner of life — from where one prefers to live and raise a family to when to retire.

Over the past half-century, trading stocks has been perceived as a game for the rich. Now there’s greater access to free online stock research than ever, and some online brokerage houses have made it easy to buy and sell stocks online.

But there is still nothing better than eliminating the middleman if you know what you are doing, and it’s those savvy individuals that Robinhood sees as a potential market.

According to CNNMoney, half a million people are reportedly on the waiting list to download the app when it comes out of the testing phase, sometime early next year. The company also notes that customers who use the app will not have to hold any minimum amount in their accounts.

“What [Snoop Dogg and Nas] got most excited about is our customers are the people who listen to their music,” Robinhood co-founder Baiju Prafulkumar Bhatt told CNNMoney. Bhatt noted that the stars have been helpful advisers since they are also business owners.