How Hip-Hop Left These 5 Rappers Broke 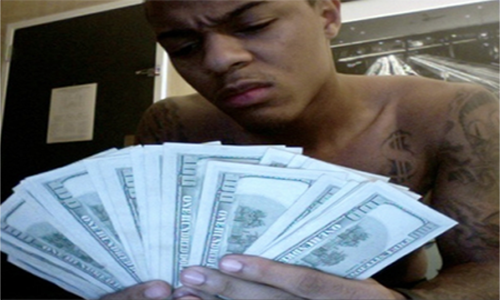 
It is without question that Hip-Hop (Rap Music) is the most popular form of music on earth. It has influenced culture on all continents and continues to grow year after year. It is quite amazing to think that black people created Hip-Hop in New York back in the 1970’s and as of today, no one of color owns the majority of the Hip-Hop industry. Let that sink in for a second. We don’t own what we created. But that is a story for another day. Lets get back on task. For the billions and billions of dollars that Hip-Hop generates, why is it that Hip-Hop are leaving some artists broke after their career is over? It is simple, self-education is neglected. If you are unaware on what to do with your money and lean on someone else understanding, well, you were never financially set in the first place. Those who handle your money are financially set. Additionally, it is easy to make money but it is hard to keep it. Lets take a look at some artists that Hip-Hop gave life to, then took it away real quick.

1. Lil Kim
There’s nothing lil about Kim’s debt. The legendary femcee owes more than $2.5 million to her former record label and $1million to the government. I guess she didn’t understand Warren Buffet’s rule: You only spend the money you have left over from saving and investing.

The bling bling rapper with “diamonds” in his mouth is not so blingy anymore. Flip had a string of hits in the early 2000s, but things went downhill quickly. In 2007 he was arrested for credit card fraud. Two years later his baby mama revealed that he was paying less than $500 a month in child support. I’m guessing he could have used some self-education on investments.

Okay, so he’s not a rapper, but in the early 2000s, Storch was one of the most in-demand producers in hip hop, with an estimated worth of over $70 million. Thanks to his addictions to both cocaine and status symbol items like yachts, Storch is now rumored to be flat broke. I’m pretty sure cocaine is not a good investment (legally). And yachts don’t appreciate in value. My guess is he probably should have picked up a book about securities.

No longer Lil, Bow Wow is big time broke. In 2012, he told a judge he had just $15,000 in the bank. He currently owes over $150k in taxes and has had most of his luxury cars repossessed. But I’m not too disappointed at Bow Wow, he did make majority of his money before he was 18yrs old. He just elected to do stupid stuff with his money after he turned 18yrs old.