Get Rid of Urban Economic Disparity Once and For All 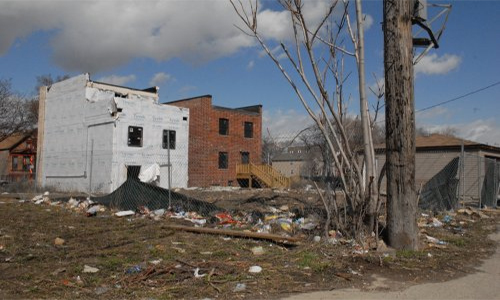 I can honestly say this is a complicated topic to write about. Economic disparity started when we were stripped of our heritage and turned into slaves. We never really recovered from that. Each time we tried to make money as a community, they burned it done. If you are unsure as to what I’m talking about, reference the bombing of Black Wall Street. The answer to fixing economic disparity is urban unity. As simple as that answer sounds, we have never been further from urban unity as we are today.

Prior to the drug epidemic that ravaged our communities in the 1970’s and 1980’s, we helped one another and worked as a unit. We all knew we were part of the struggle for equality. We were all we had. We had the Black Panther Party, the activity of the Moorish Science Temple, the NOI, and the Civil Rights Movement. We were marching all over this country for one another. We were fighting for one another, even dying for one another. After segregation was ended (by far one of our greatest mistakes economically), and drugs were introduced to every urban community in the United States, we were destroyed economically. Understand that segregation forced us to open our own businesses and provide for ourselves. It forced us to become independent of their economic structure. The consequence of this was that we were generating revenue for ourselves without their help (reference Harlem, NY as an example). We were farmers, bankers, restaurant owners, inventors, and etc. Funny how after segregation ended, those same farmers, bankers, restaurant owners, and inventors were no longer in business. So what has the end of segregation and drugs done for us? Sure, their are some urban individuals that made it. Hell, we have a black president. But what about the majority of people? What happened to them?

I’m not here to debate what or who God is, what religion is right or wrong, and so on and so forth. What I will tell you is only in the urban community do we have a church on every corner or 2 churches on the same block. At first glance, you may say it is nothing wrong with people wanting to preach the gospel to their community. Sure, that is fine and all, however, when you have 5 to 7 churches in the same community all fighting for the same dollar, you are hindering the urban community economically.

We went from the era of Muhummad Ali’s, Jim Brown’s, Kareem Abdul Jabbar’s who were very outspoken about the treatment of their people to the era of Michael Jordan’s, Kobe Bryant’s, and LeBron James’s who really just play the sport they are paid to play. Hip-Hop started off with Afrikan Bambaataa’s and KRS-ONE’s who spoke knowledge into every rhyme. Now we have Chef Keef, Young Thug, and Drake who raps about not a got damn thing (well, they rap about how much money they make and how they spend it on strippers and drugs, that’s the cool thing to do, right?). The mindset of some young black men is very simple: money, cars, clothes, and hoes. It is this mindset that is detrimental to the urban community economically. Success is now determined by how much money you make, what type of car you drive, how big your house is, and a bunch of other bullsh*t. When the true meaning of success is really described as when you affect someone else’s life for the better. Success is being unselfish and giving of yourself to improve someone else’s life. It will take this mindset for us to become economically sound. Our true power will be in us working as a unit.

So what are you thoughts on this subject?